Its been 13 years since SAW was released, 13 years! So when I saw the trailer for Jigsaw, I was like, I thought he died at the end?

If you have seen the franchise you know how the story goes. ‘Do you want to play a game’?  The rules are simple, follow them and you don’t die right?

This film was disappointing. The twist didn’t shock me, it was nothing new or exciting. If you have never seen the original SAW then you may enjoy this but if I ever wanted to watch a twisted gruesome film, I would stick to the 1st one. 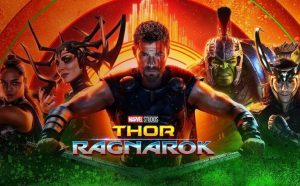 The 3rd installment in the Thor series.  Picking up from part 2, Thor has been sent to the other side of the Universe.  Stuck and alone he must fight against his old pal the Hulk in order to survive and return back to Asgard where his sister (yes sister) has taken over the realm which she plans on destroying.

Part 3 has to be my favorite in the franchise so far. It was funny, had a very 80’s vibe and had certain Guardian of the Galaxy elements to it. Chris Hemsworth was handsome as ever. One to watch for sure!

The unlikely friendship between Queen Victoria and Adbul,  a servant from India who has come to London during the Queens Jubilee.

Of course not everyone in the Queens circle approves of this friendship but the movie set out to show that that true friendship can form regardless of who you are and where you are from!

It was a sweet film, not the greatest but good acting from all parties. One to take your mother too, mine loved it! 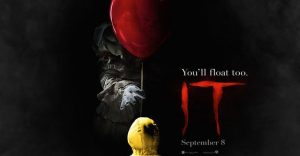 Stephen King’s ‘IT’ has been given a 2017 make over and I was super excited to watch this as the original was supposed to be terrifying!

I actually don’t remember the original or if I ever saw it but from the hype I was looking forward to super scary things.

When it comes to horror movies I have the most recent ones not so scary and unfortunately ‘IT’ falls into this bracket. In fact I think I laughed more opposed to screaming or hiding behind my popcorn.

The plot: 7 young kids face their worst fears, a shape shifting evil looking Clown who preys on children every 27 years. Together they work together to battle this evil.

The acting from the kids was brilliant in fact very comic in most parts, however it just wasn’t scary! The film reminded me of a mixture of The Goonies, The Hole and Jeepers Creepers.

This was just part one so lets hope part 2 has something better to offer! 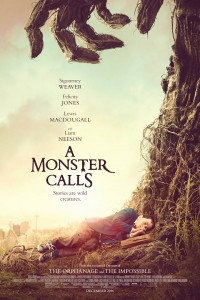 12-year-old Conor is going through a tough time. He is being bullied at school, his mum is suffering from cancer and his grand mother is stern!

Conor finds an unlikely mentor in the shape of a scary tree aka the monster who guides him on a journey of courage, faith, and truth.

Acting was great from all parties in this film and it was beautifully made. The relationship between Conor and the monster was nice to watch but I will be honest, the ending confused me (didn’t really understand if the monster was Conor’s imagination or something else).  Also I heard loads of people crying in the cinema,I felt sad but no tears. Overall a good movie with meaning but I didn’t feel total love with it and perhaps some others might!

Disney’s latest animation brings us Moana, a teenager who has a deep connection to the ocean. Moana sails out on a mission in order to fulfill her ancestors’ quest and discover why she has she link to the sea. On her travels she meets with Maui and together they set sail on an action packed adventure.

I thought this movie was super cute, Moana was a sweet and determined girl and Maui funny making them a great team! You cant go wrong with Disney, great CGI and cute songs. 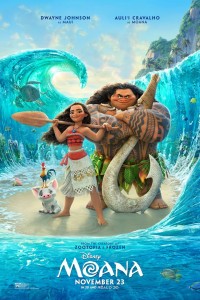