Anyone can cook aloo gobi (I could try I suppose) but who can bend a ball like Beckham?!

Based on the film of the same title, Jess is an 18 year old Indian girl from Hounslow who loves football however her family do not share her passion and want her to be a good Indian girl who knows how to cook full Indian meals and go on to become a solicitor!

The plays follow the film mostly with a few tweeks here and there but obviously being a musical expect lots of singing!

I didnt really like the songs and would have liked more dancing but over all it was a good family show but not something I could watch again, the movie was way better.

Ends 2nd March so grab tickets soon if you fancy it. Its a small theatre, my legs were squashed but I had great seats, upper circle on the right hand side for 39.50.

Billy Elliot passes up football club to join ballet club instead where his teacher thinks he is good enough to go to a proper ballet school, however his family are not amused by this!

I do remember enjoying the movie, so thought this would be good. It exceed my expectations, I really enjoyed this. Longer than most musicals I have been too (almost 3 hours), the show was funny, far funnier than the movie and very sweet.

I don’t think this will be in theater for much longer, so if you get a chance go take a watch!

The plot follows Shaily, a dancer in Munich who travels to India to learn about Indian dancing in order to help restore her mother’s dance academy. Meeting Raghav in Mumbai they travel to the different states of India and explore the cultures of Indian dance.

I had no idea what the show was about before I went and therefore had no expectations but I was bored within the 1st 20 minutes.

The plot was dull and the story barely flowed, there was no chemistry between the characters and although this is a musical, while the songs were great I didn’t find all the routines equally as good.

The 2nd half was slightly better than the 1st with much more emphasis made on the dance rather than the story, the ending was rushed and slightly confusing.

Overall this was a disappointing show which had so much potential. A few good dance sequences and some families may like this, I would however have happily missed this. 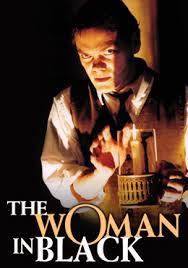 In the past I haven’t enjoyed movies which are also theater productions however this show has been around for 25 years can you believe and I have always heard rave reviews of the show.

Me and my friends had 2nd row seats for £28, which is not bad as most big productions cost £60 plus.

The show was made up of 2 characters (we wont count the woman)! I’ll admit, the beginning confused me a little as I didn’t realise that these 2 men would be carrying the whole show! But once the story kicked in,the characters and the plot became obvious.

This was a chilling tale, I wont lie I did scream a few times! The set was simple, with like 3 props and a decent sound system. This didn’t make a difference to the production. The acting was spot on and characters very believable.

If your looking for a inexpensive show to watch in the west end with good acting and story, then I would definitely recommend the woman in black.

Having read this book numerous times as a child, I was very much excited to see the live production of this story.

Previous movie to theatre shows I haven’t always enjoyed (Grease/Dirty Dancing), so I was hoping this wouldn’t be the same!

I had top circle seats, for £30 a ticket I wasn’t expecting great seats, however me and my friends had the front row so the view wasn’t too restricted.

The production was simple but enough to understand what was going on.

I felt the 1st half of the show dragged a little, although reflecting the story from the book for most part, some of the scenes were a little long and tedious and I was wondering how the show would end with so much of the story to tell still.

The 2nd half wrapped up the story quickly which I was a little disappointed in.

Overall this show is defiantly one for the 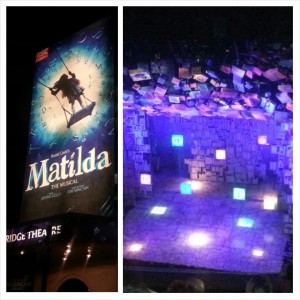 kids (or big kids), the cast were amazing, the kids in the show did a fantastic job, I didn’t overly love this but was a pleasant watch.